Well this is the first time it’s been done on our Jack Nicklaus Signature Course at The Reserve at Lake Keowee. In the long history of the PGA Tour there have only been 10 rounds with scores below 60.  The first time a 59 was shot was in 1977 by Al Geiberger. An 18-hole score of 59 remained the PGA record from 1977 until 2016 when Jim Furyk shot a 58 at the Travelers Championship. 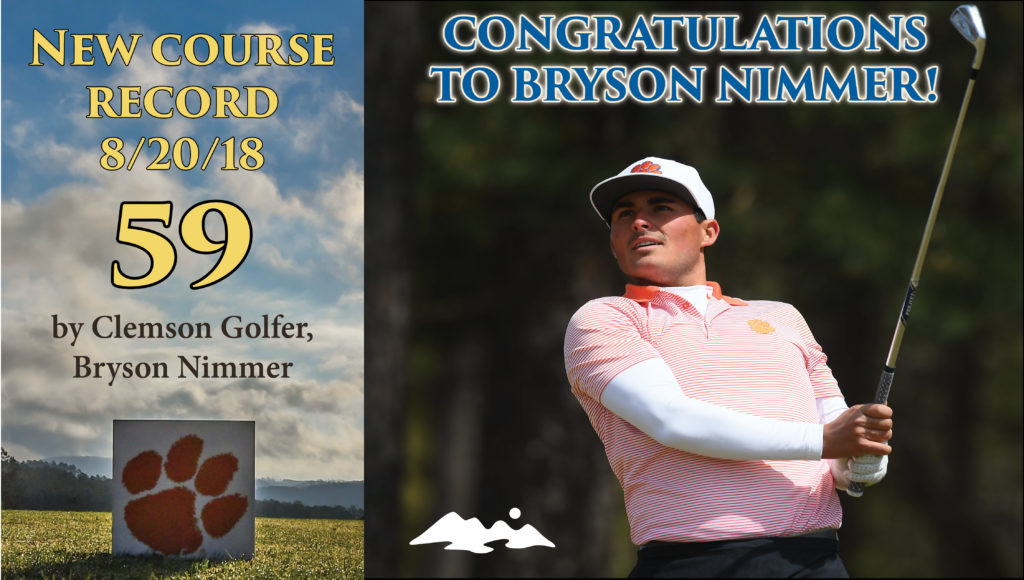 What a way to start off your Senior year at Clemson University than with record setting round!  Bluffton, SC native, Bryson Nimmer began his practice round on Monday, August 20th at The Reserve at Lake Keowee.  Nimmer and two of his teammates, William Nottingham and Coleman Self started off strong.  “I got off to a great start and just kept playing,” said Nimmer.  “I was seven under par for the first six holes and thought it had a chance to be a special day.  I was putting everything in and I just got more and more confidence.”  Nimmer finished the round with just 19 putts for the 18 holes. Nimmer’s short game was at an all-time best on Monday and if this foreshadows what’s to come, the Tigers will be in for an impressive season. 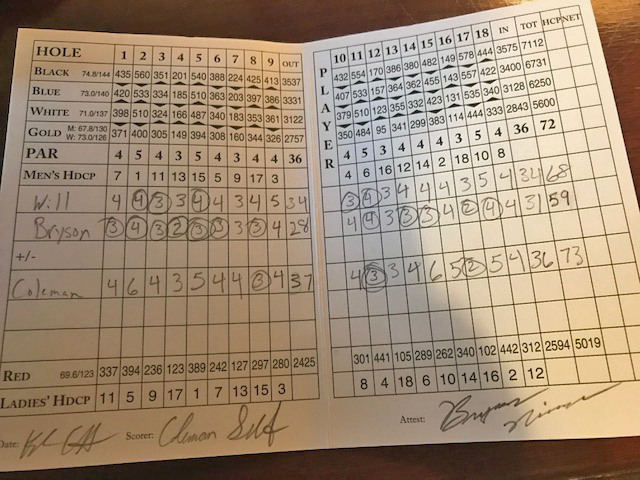 “59 is an incredibly rare and special accomplishment, achieved by so few golfers in the history of the sport. We are extremely proud to have Bryson as the holder of our course record, a record we would expect to stand for decades to come” says Tim Boeve, Director of Golf and Club Operations at The Reserve at Lake Keowee.