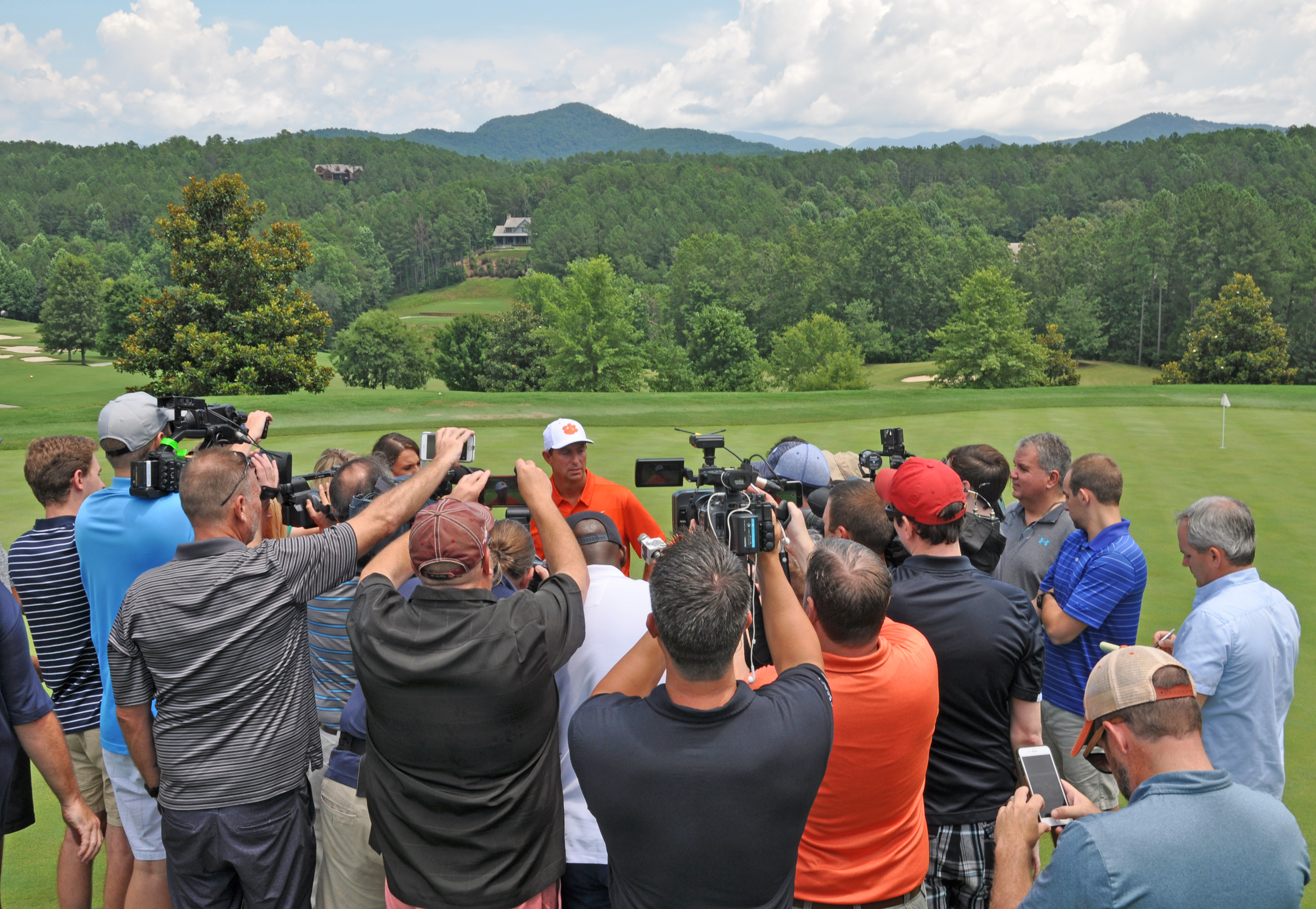 It was a delight to host the Clemson University Football coaches and local media for the Tigers’ annual Football Media Day golf outing on Tuesday, July 17th.

Media, Clemson Staff and Coaches filled the Orchard Clubhouse and Veranda at The Reserve at Lake Keowee. The event, which included a round of golf on The Reserve’s award-winning Jack Nicklaus Signature Golf Course, provided the opportunity for the University to announce its plans and programs for the upcoming football season and allowed for interviews and discussions between the coaches and members of the press.

Clemson University’s Head Football Coach and Member of The Reserve at Lake Keowee, Dabo Swinney, Defensive Coordinator Brent Venables, Co-Offensive Coordinators Tony Elliott and Jeff Scott, Brandon Streeter, Mike Reed, among many others, attended and played alongside members of the media from across the state and ACC region.

Coach Dabo Swinney started out saying “It’s great to be out here, it’s kind of the official GO time for us.  There has been a  lot of enthusiasm and players have worked hard this summer. This team has been very focused.”

Every year it is such a great opportunity for The Reserve to be able to assist Clemson football as they host Media day and kick off the season with this event.